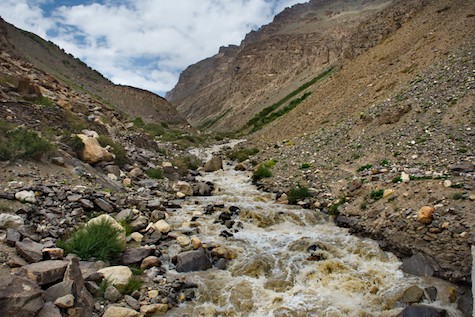 Miners and the big four banks filled the top 10 tax-paying places in 2020–21 but almost one in three large corporates paid nothing at all.

However 32 per cent of corporations paid no tax at all including Ampol, with over $20 billion in income, BP Regional Australasia Holdings with over $17 billion, AGL Energy with over $10 billion.

Accounting firm KPMG Holdings came through 2020–21 without a tax bill despite income of more than $200 million while Chevron Australia Holdings boasted $9 billion in income but paid just $30 tax.

The ATO said that of 782 entities without a tax liability for the year, 287 had an accounting loss, 155 incurred a tax loss, 59 used offsets such as research and development incentives, while 281 carried over losses from a previous year.

By comparison, just seven of the 2,468 corporate entities in the report coughed up 40 per cent of the $68.6 billion income tax total.

The mining, energy, and water industry had the greatest number of entities with nil tax payable, rising to over 50 per cent, followed by the insurance sector and the manufacturing, construction, and agriculture sector at 35 per cent.

“While it’s true some large entities paid no income tax, we’re seeing through our justified trust program that there are high levels of compliance by these entities and taking decisive action where there’s not.”

The ATO’s 2020-21 Corporate Tax Transparency Report - the eighth edition - showed an increase of $11.4 billion in income tax over the previous year, the highest since reporting began.

The ATO said the result was partially down to higher commodity prices but also a higher level of tax compliance thanks to the Tax Avoidance Taskforce, which since 2016 had helped generate $17.2 billion of the $29 billion in tax liabilities raised.

The government boosted funding for the taskforce by an extra $200 million a year in the recent budget and Assistant Treasurer Stephen Jones said “Australians expect everyone in our tax system to pay their fair share”.

“Today’s transparency report helps the public and the government understand how the system is working and where the gaps are,” he said.

“We invested in increasing tax compliance in last week’s budget and this data will help us target that additional funding.”

Ms Saint said the increased investment in the Tax Avoidance Taskforce was a strong show of support for the ATO's efforts to hold big business accountable.

“The Tax Avoidance Taskforce is able to identify and take action against those companies that don’t pay the right amount of tax and Australians should be confident that those seeking to avoid their obligations are being held to account.”

Ms Saint said there was more focus on ESG and on the importance of tax compliance.

“We’re also seeing a shift in attitudes where many companies are now viewing tax compliance as an important part of their social contract,” she said.

“Being a good corporate tax citizen is increasingly being worn as a badge of honour with many companies now publishing their ATO ratings.”

Of the 2,468 corporate entities included in the ATO’s transparency report over half, 1,376, were foreign-owned companies with an income of $100 million or more.

For the 2022–23 corporate transparency report the threshold for private companies will drop from $200 million to $100 million, the ATO said.