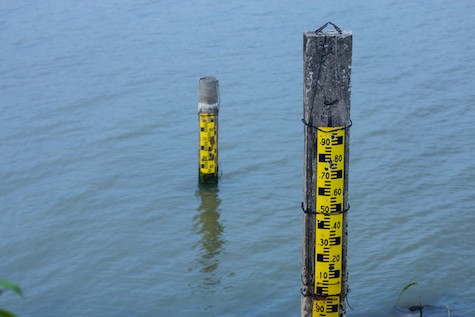 Assistant Treasurer Stephen Jones has given a cast-iron pledge that the franking credit system is here to stay but says changes to off-market share buybacks are essential to close a loophole that unfairly disadvantages ordinary taxpayers.

He said off-market share buybacks were being used by large corporations – such as BHP and Westpac - to preference institutional investors and the amounts involved ran into billions.

Speaking from Canberra to the IPA National Congress in Surfers Paradise, Mr Jones said the government was releasing draft legislation on the changes today following their announcement in the budget last month.

“It’s about ensuring that the system we have operates with integrity and fairness. They close a loophole which offers incentives to large corporations to buy back their shares using their franking accounts,” he said.

“I want to be very, very, very clear about one thing: franking credits, they’re here to stay, end of story, full stop.

“Of course, they’re still going to be able to participate in share buybacks schemes. Our changes are only to align the corporate tax treatment of on and off market share buybacks.”

“The measure is going to strengthen the integrity of our system to ensure that there is one simple, clear way of taxing share buybacks.”

The incentive for corporates to buy back their shares off market, instead of on market, was an unintended consequence of the franked dividend system he said.

“Dividend imputation is there to give companies a way of allocating tax credits to their shareholders when they distribute dividends. That purpose will remain.

“It's not there for corporations to alter the tax treatment at taxpayer expense of off market share buybacks.”

He said such deals were rare, but came at a huge price and cited a couple of recent examples to reveal the extent of the problem.

“Such deals give preferential tax treatment to large institutional investors that aren't usually available to small mum and dad retail investors. They’re not only unfair to small shareholders, but they often run into the billions and billions of dollars.

“In 2018, BHP did an off market share trade with some of its large institutional investors to buy back $8.5 billion worth of shares. The market price at the time on the ASX was $32.14. But BHP only paid $27.64 in an off market share deal the supplement was made up of franking credits.”

While the companies had been acting lawfully, they were taking advantage of a loophole in the system that needed to be closed.

“We estimate the measure that we announced in the budget, will save the budget on average $200 million a year,” he said.

“Budget preparation is challenging. There are no easy choices. But as we're looking at the choices, we have to have fairness and system integrity at the front of our mind.”