Budget: all the key points you need to know

A rundown of the main measures that will impact accountants and small business. 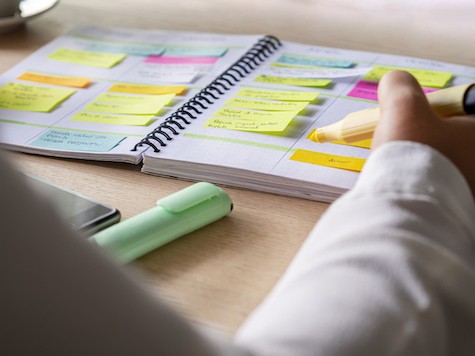 The Labor government’s first budget in almost a decade has revealed the tough reality of the rising cost of living along with stagnant wage growth.

The Treasurer forecast an increase in gross domestic product of 3.25 per cent this current financial year, which will more than halve to 1.5 per cent in 2023-24.

The budget deficit for this financial year has been reduced from $78 billion down to $36.9 billion thanks to higher-than-expected commodity prices.

Partly responsible for the revisions are raised interest payments on debt, which will be $76 billion above forward estimates and $70 billion a year by 2032-33. Another factor is the additional cost of the NDIS, which amounts to $166 billion over the next four years and reaches $50 billion a year by 2025-26.

Dr Chalmers said that the budget was stuck with an inherited deficit and that in the short-term it would be limiting growth in spending particularly while inflation was high.

“This unwinds wasteful or unnecessary spending, redirects it towards higher-quality investments and priorities, and improves the integrity and fairness of our tax system,” he said.

Inflation is expected to peak at 7.75 per cent later this year, then average 3.5 per cent the following financial year before reducing to 2.5 per cent in 2024-25.

Funding for the ATO and ASIC

Both the ATO and ASIC received additional funding in the budget with $166.2 million to continue the rollout of the Modernising Business Registers Program and the operation and regulation of the director ID regime.

The budget also provided additional funding for the ATO’s Tax Avoidance Taskforce by around $200 million per year over four years to increase the focus on multinational enterprises and large public and private businesses.

The government said it estimated this investment would increase receipts by $2.8 billion and increase payments by $1.1 billion over the next four years.

Dr Chalmers said that this helped ensure the tax system was more sustainable “by making sure multinationals pay a fairer share of tax in Australia, by extending successful tax compliance programs, and by giving the ATO the resources they need to crack down on tax dodging.”

The budget forecasts power prices to rise 56 per cent over the next two years while gas prices are expected to increase 44 per cent in the same period.

Labor’s pre-election promise of a reduction of $275 to power prices failed to be included with Dr Chalmers saying that relief now would add to inflation.

However, the government did establish a $20 billion fund for energy transmission of which $800 million would go to cutting taxes on electric cars, building an electric vehicle charging network and hydrogen refuelling stations on highways, along with solar battery storage for up to 100,000 homes.

The government announced a national housing accord with states and territories to free up land to build 1 million homes over five years with the help of the $3.3 trillion superannuation industry.

An additional $350 million was announced to deliver 10,000 affordable homes over five years from 2024.

“This will be delivered through an ongoing funding stream to help cover the gap between market rents and subsidised rents - making more projects commercially viable,” said Dr Chalmers.

“State and territory governments will build on our commitment with up to 10,000 new homes as well.”

“For two-parent families, a portion of this leave will be reserved for each parent - to encourage families to share caring responsibilities,” said Dr Chalmers.

“This is about greater equality and greater security for Australian women - and more dads doing their bit.”

Dr Chalmers said that cheaper child care would increase the number of paid hours worked by women with young children by 1.4 million hours a week in the first year alone, the equivalent of 37,000 extra full-time workers.

The government provisioned $3 billion as a response to the recent floods and declared it would fund Disaster Relief Australia to assist in deploying an additional 5,00 extra volunteers when future disasters struck.

The budget revealed $200 million a year in investment in disaster prevention and resilience through the Disaster Ready Fund.

The budget makes a $1 billion investment in fee-free TAFE alongside the states and territories to provide 180,000 places, the government’s first step in its goal for almost half a million fee-free TAFE courses for Australians. An additional $50 million would also go to a TAFE technology fund to modernise the institutions as well.

A $485 million investment was also revealed to create 20,000 new university places over the next two years for students from disadvantaged backgrounds.