Off-the-books transactions and side hustles have a habit of showing up the ATO’s tracing technology, says Assistant Commissioner. 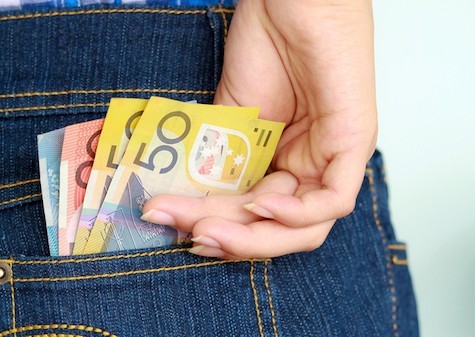 Make sure your business includes all income and avoid the temptation of undeclared cash transactions, the ATO is warning SMEs.

Speaking on this week’s Accountants Daily podcast, Assistant Commissioner Andrew Watson said cash was making a comeback after COVID but succumbing to temptation and leaving it off returns would be a mistake.

Many would be revealed by the taxable payment reporting system and money earnt away from the core business was still income, Mr Watson said.

“It might be a side hustle or some of that weekend-type activity that is still part of the business — you do need to include that in,” he said.

“Despite what we saw in early 2020 when lots of businesses went tap-and-go only there is plenty of cash now coming back into circulation. Paying for things in cash and receiving cash is absolutely fine, it's just making sure you're not tempted to leave that out of your tax return.”

Business-to-business payments were another source of temptation, he said, as well as some point-of-sale payment technology.

“Similarly, you've got a one of those little squares that hangs off the end of your iPad or your iPhone that people can tap if you're doing some work with consumers — just making sure that's included in there,” he said.

Technology to take exchanges off-till were already the subject of ATO scrutiny, he said.

“So there is still that traditional part of what we refer to as the shadow economy. There's also some more modern ways of it, which is having some of those alternative payment methods and not declaring that, thinking that it's not visible to others.

“We are seeing and doing some action on what's called electronic sales suppression technology where it's almost — if you remember the good old days where you went to a cafe and you might pay in cash and you see that the bill gets slipped under the till? — there's now some digital things which actually slip transactions out of the electronic records. That technology is illegal in Australia, but we're seeing some emergence of that and taking action.”